Sometimes it is necessary to use SFTP rather than FTP to communicate with a FTP site. Some FTP sites remove regular FTP access for security reasons and insist on using the more secure SFTP.

Photo Upload uses the third party utility curl to perform internet operations. Both Windows (version 10 only) and Mac ship with a version of curl, but on both platforms the provided version of curl supports FTP and not SFTP.  On Windows the plug-in provides its own more capable version of curl that includes support for SFTP. But, for security reasons, Mac does not all the plug-in to do this.

If you want to use SFTP on Mac then you will need to install a local version of curl. And for many non-technical Mac users this is easier said than done.

If you’re a Mac expert then you may have an alternative way to install and use and updated version of curl, but for everyone else (who is comfortable using a terminal prompt) then these are the steps that worked for me.

This method described here is using Homebrew as a way to install an updated curl on a Mac. The existing version of curl is not overwritten.

To start the install, download and execute the install script from Homebrew by entering the following from a terminal prompt:

Enter the following from a terminal prompt:

Check the capabilities of Homebrew curl

Enter the following from a terminal prompt:

The key piece of information here is the protocol “sftp” included in the “Protocols” line. This means that the version of curl supports using SFTP.

Configure the plug-in to use Homebrew curl

You next need to configure Photo Upload to use this version of curl.

In the “Folder with ‘curl’ binary” setting enter the path to Hombrew curl from earlier, i.e.: 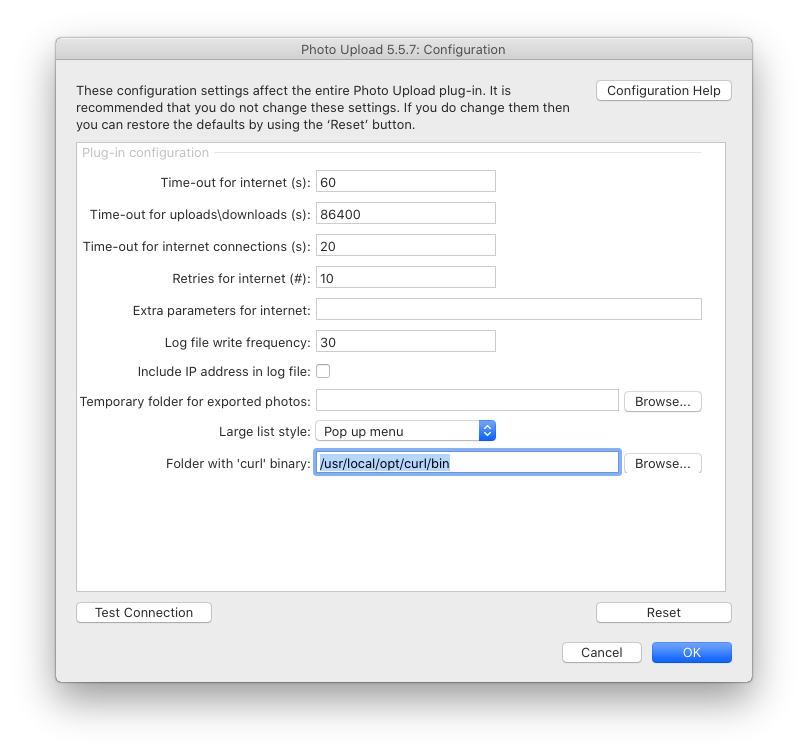 Press OK to save the setting.

Test the version of curl used by the plug-in

From within the Configuration window click on the “Test connection” button.

This will show the version of curl being used and whether it appears to be functioning correctly. 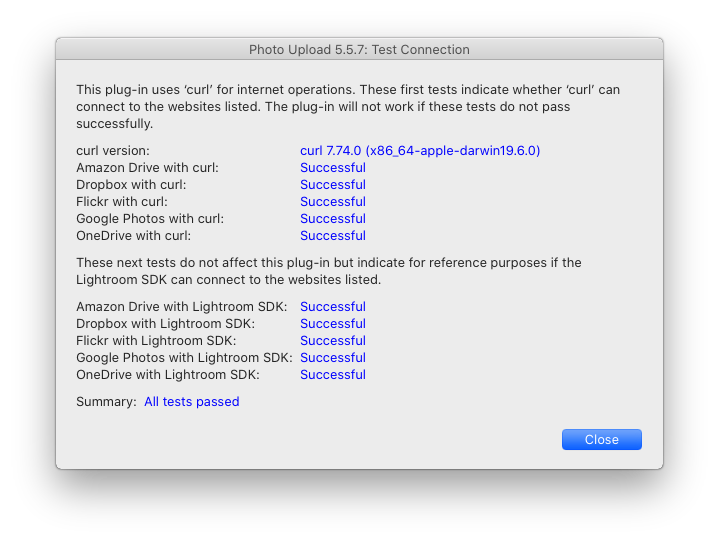 In the above screenshot you can see the curl version is 7.74.0.

If the plug-in is correctly using curl with SFTP then you will see SFTP included in the example text. 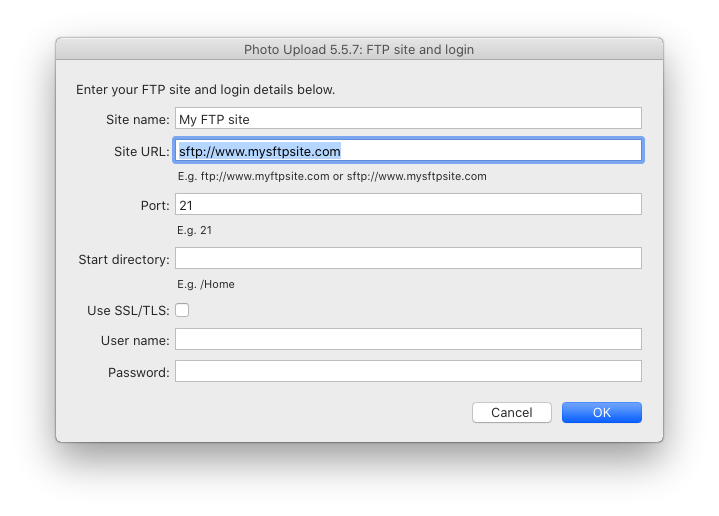